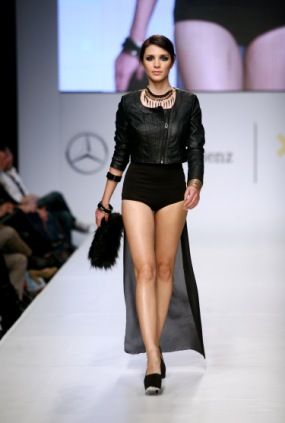 Manos Caravlidis was born in Athens in 1987. His interest in fashion led him to London College of Fashion, where he studied Fashion Styling and Photography. Coming back to Athens, he continued his studies as a fashion designer at Pansik, Scuola di Moda. At the same time, he worked in retail business for various global brands.

Following his passion for creation and fashion, he collaborates as a designer with the Greek brand RUNWAY launching a spring/summer collection for 2013.
He then moves to Paris and after a lot of efforts he succeeds in starting to collaborate with the French luxury fashion giant, LVMH.
Spending now his time between Athens and Paris he launches his first personal womenswear collection under his personal label "manus gabriil" influenced by the French capital.